Plagiarism in Art and Design 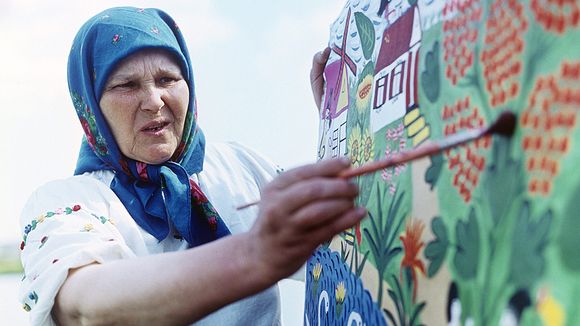 In early May, there was a story of art plagiarism that caught my attention primarily because the accused plagiarizer was only 6 years old. Yes, 6 years old. Her name is Madison Grimm, and on April 19, 2013, a piece of her artwork was declared the winner of a national duck stamp contest. According to an article from the Washington Times on this story, the winning painting of the annual contest is used on the national government’s migratory waterfowl hunting permit. The winner also receives a $5000 award as well as the esteem that comes as a result of winning. The Argus Leader newspaper out of South Dakota reported on May 3rd that Madison Grimm of South Dakota was announced the winner on April 19th only to then find out on April 26th that she was disqualified over questions of the authenticity of her work. She was accused of plagiarism and, as the Argus Leader states, the current chief of the program found the technique she used to be “inconsistent with the spirit of the competition”. Grimm had used an unpublished photo taken by her father as the starting point for her painting. She used a technique called graphite transfer to create an outline that she then painted on her own. The Argus Leader article says that on May 2nd, she was reinstated as winner after it was decided that the technique is one that is regularly used by artists, and it is acceptable and within the rules and guidelines for the contest. However, according to the current chief of the program, the rules will be reexamined and clarified for future contests.

More recently, there was another story of art plagiarism. This story, however, involved fashion and art. According to an article on the Helsingin Sanomat website on May 29, 2013, they had raised questions about freelance designer Kristina Isola’s fabric design for the fashion company Marimekko. According to Helsingin Sanomat, an anonymous art enthusiast brought to their attention the incredible likeness of Isola’s design Metsänväki (“Forest Dwellers”) and a painting by a Ukrainian artist Maria Primatshenko done in 1963. Isola confessed to plagiarism after the inquiry began. yle.fi/uutiset reported that Isola made a statement saying “I understand now that my actions were wrong and I regret and am ashamed of what I did”. An Associated Press article appearing on Yahoo! News on May 29th reported that the design had also been used on a Finnair aircraft. The artwork will be removed.

Our focus at academicplagiarism.com is on helping writers find and prevent possible plagiarism in their writing, so why would knowing about plagiarism in art and fashion matter to us? One reason is that it is interesting to know that plagiarism extends beyond just the written word. In some disciplines, it is not only the ethical issue of plagiarism but a legal issue of copyright. I discussed this in the article on plagiarism in film.

Another reason this topic matters is that writers work in many different fields, so it is always good to learn about what constitutes as plagiarism in other fields. What is an accepted practice in one field may be considered plagiarism in another. For example, the graphite transfer technique might be acceptable in the world of art, but in many writing disciplines, using your own unpublished material could be considered self-plagiarism. Self-plagiarism involves the reuse of material that you have previously written for another purpose such as reusing a paper from one class for another class.