Jane Goodall apologizes for apparent plagiarism in her new book 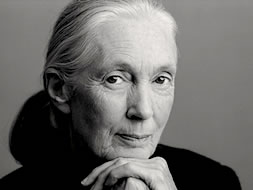 The Washington Post reported on March 20, 2013 that world-renowned primatologist Jane Goodall has plagiarized several passages in her new book which is to be released next month. The Washington Post gave the book, Seeds of Hope: Wisdom and Wonder From the World of Plants, to an expert botanist so that a book review could be written. Instead, the expert discovered numerous passages that were taken nearly verbatim from various websites and were used without citation. The websites include Wikipedia, a website on tobacco history, and a website called “Find Your Fate”.

According to the Washington Post article, one of the passages in question is about the dangerous working conditions for workers harvesting tea. The passage can be found nearly word for word in the website for the company Choice Organic Teas. The passage has appeared in other sources as well and appears to originate in a 2002 draft report with no named author.  The article details other instances of plagiarism throughout the book.

The article also says it appears that this is a case of unintentional plagiarism. Goodall admits in the book that she does not have formal training in botany, the subject of the book, but that she is very passionate about the topic. She says in an email to the paper, “I hope it is obvious that my only objective was to learn as much as I could so that I could provide straightforward factual information distilled from a wide range of reliable sources.” As many other bloggers have stated on this latest plagiarism case, it is incredibly easy to copy material from the Internet and to forget to cite the original source. However, the ease with which material can be obtained online is not an excuse for not citing the original source.

Goodall co-wrote the book with Gail Hudson who has worked with her on two previous books. Hudson has made no comment on the matter. The publisher, Grand Central, says that future releases will be corrected but that no further plan of action has yet been made. There is no comment on why the publishers themselves did not catch these unattributed passages or why there is no bibliography. The fairly simple step of running a plagiarism check and then correctly citing the unattributed material would have saved all of those involved from the embarrassment of this situation.

Update: “Jane Goodall’s book, Seeds of Hope, will not be released as originally scheduled.  Goodall and her publishers have decided to delay the release of the book in order to properly credit the plagiarized material in the book.”