Plagiarism in American Colleges and Universities 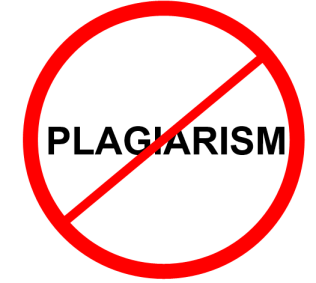 There have been some interesting news stories this week about plagiarism in American colleges and universities. The stories of Kent State University in Ohio and New York University both indicate that schools are seeking to help students who may not realize they are plagiarizing (unintentional plagiarism) and who need to learn the correct ways to cite their work. Pennsylvania State University is taking an approach of stopping plagiarism before the students are even accepted at the school.

According to an article on philly.com, Pennsylvania State University’s Smeal College of Business has been able to drastically reduce the number of instances of plagiarism in the classroom by putting all admissions essays through plagiarism detection. Essays that appear to have been plagiarized are rejected. As a result, current students have fewer instances of plagiarism. According to Carrie Marcinkevage, former admissions director of the master of business administration program at Pennsylvania State University’s Smeal College of Business, about half of the rejected applications were international candidates, and in many countries, “plagiarism may not be held in quite the same disdain as in the United States”.

An article in the Washington Square News out of New York University describes how the university is attempting to cut back on the number of plagiarism cases at the school by educating incoming freshman on how to avoid it in the first place. They are giving students information, with the goal of helping them to better understand plagiarism and how to avoid it. This is especially important for students from other countries where the definition of plagiarism is not always the same as it in the U.S. Read the original article here.

WKYC in Ohio recently aired a story about Kent State University’s new method of working with first time plagiarism offenders at the school. They have created a “plagiarism school” in which first time offenders who have unintentionally plagiarized on an assignment can take a class on avoiding plagiarism and, in the process, avoid failing their assignment or even the class. According to the Library Director at Kent State Stark, “we’re about education, not punishment”. The Kent State website states that the plagiarism school is a one-on-one session during which the student learns more about the specific problems in the assignment in question, the university’s plagiarism policy, and examples of plagiarism. In addition, the student will take on the role of professor and review a sample paper for plagiarism. Upon completing plagiarism school, the student may have the opportunity to resubmit the assignment. The ultimate goal of plagiarism school is to help students improve their writing skills and to avoid unintentionally plagiarizing in the future.