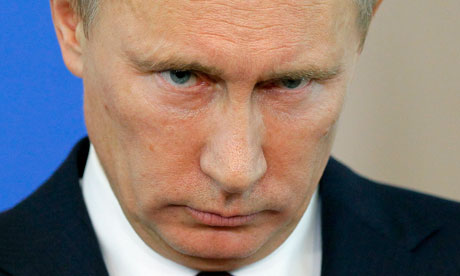 Although it is not a new issue, there has been a recent call to analyze the diplomas of many Russian politicians who are believed to have plagiarized their dissertations or to simply have paid someone to do the work for them. Time magazine had a recent article on their website about the possibility of Russian President Vladimir Putin plagiarizing some of the work in his 1996 dissertation. These accusations first surfaced many years ago, but no formal inquiry has ever been brought against him in Russia. Many other Russian politicians have been accused of either plagiarizing work done toward their graduate degrees or of having hired someone to do the work for them. In early February of this year, Russian Prime Minister Dmitri Medvedev called for a campaign to discover these fake degrees and plagiarized dissertations.

According to a summary of a 1996 presentation done at the Brookings Institute, a Washington think tank, Putin’s resume includes a degree of candidate of economic science obtained from St. Petersburg Mining Institute in 1996. A 2006 article in the Washington Times states that Putin submitted the dissertation for a “candidate of sciences” degree, which is not as high of a degree.  A copy of the dissertation was analyzed by the Brookings Institute in 2006, and in their analysis, they discovered 16 pages of work copied, with some minor changes, from the Russian translation of a 1978 American economics textbook.  Several diagrams were also copied from the textbook without being cited. There have even been questions as to whether or not Putin wrote the dissertation himself or if he even attended the St. Petersburg Mining Institute.

Scholars say that both plagiarism and padding resumes with fake diplomas is quite common among Russian politicians. Why is this so? In the Time magazine article, Konstantin Sonin, a professor of economics and blogger on plagiarism, says that it is due in large part to the rise in capitalism in Russia after generations of academics being stifled during the Bolshevik Revolution. With the rise of capitalism came the desire for doctoral degrees, but being unable to do the rigorous academic work required, the easiest way to obtain a degree was to buy it or to plagiarize in order to get it.

Since plagiarism and fake degrees are so commonplace among politicians and businessmen in Russian, it may not be something that the Russian people care to see as an issue. However, Russian universities are losing credibility on the worldwide stage due to rampant plagiarism. It remains to be seen what impact Prime Minister Medvedev’s call for investigation brings to Russian politics on this matter.