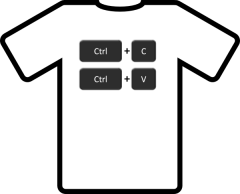 Plagiarism in the News

With so much negative news on plagiarism recently including many high profile figures losing their jobs and ruining their reputations, it is nice to share some positive news on the efforts that some are making to combat this problem.  Craig Silverman of poynter.org reported on the National Summit on Plagiarism and Fabrication that was held in St. Louis on April 5th. The first conference of its kind, it was organized by the American Copy Editors Society. The group also released a free ebook, “Telling the Truth and Nothing But” which was a collaborative effort of 14 news organizations, 10 journalism institutions, and 10 journalism associations and was created under the leadership of the American Copy Editors Society Present Teresa Schmedding. The book contains information for journalists and newsrooms on detecting, preventing, and handling instances of plagiarism. A copy of this free ebook can be obtained here.

EnetEnglish.gr reported that Photini Tomai, head of the Greek foreign ministry’s archive service, was found guilty of copyright theft in January 2013 but that the incident was only recently made public. Tomai published a children’s book about Olympians of ancient Greece, but it had been written by two other authors. Tomai was ordered to pay 20,000 Euros in compensation.

Rounding out the week in review this week, the advertising world in India has seen a surprising number of plagiarism cases this week. April 4-6, 2013 was the Goafest, a South Asian advertising festival that gives awards to advertising agencies. The Times of India – The Economic Times has reported that there are official complaints of plagiarism against over a dozen award winners. According to bestmedinfo.com, the first group to lose its awards was BBDO Proximity which lost three awards after it was discovered that their work had been plagiarized. DDB Mudra lost an award when it was determined that their print ad for the Electorlux company had been copied from a Brazilian ad campaign for LG washing machines. The most recent accusation is against the Grand Prix winner McCann Worldgroup India is accused of copying print ads for a security systems company from the ad agency Bates Asia Shanghai for a GPS device. Both of the ads show tangled knots – the GPS ad is a knot of roads and the security system ads are knots of buildings being protected.