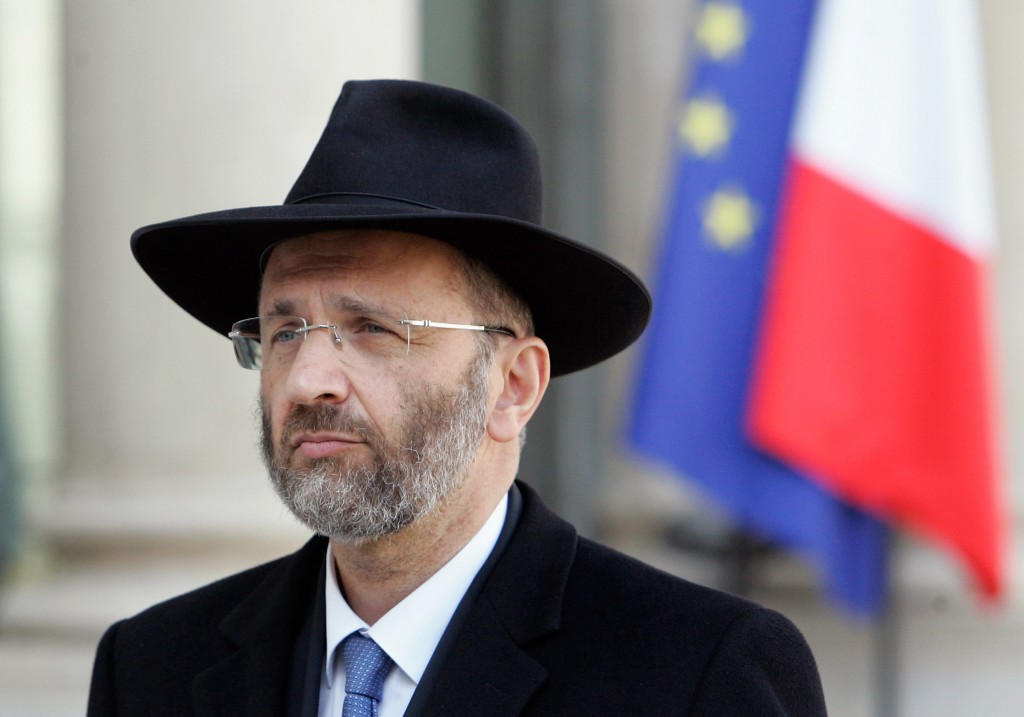 Yet another major European figure has left his job after admitting to plagiarism in his books as well as claiming an academic title that he did not actually hold. According to Reuters, French Grand Rabbi, Gilles Bernheim, left his post on Thursday, April 11, 2013. The New York Times stated that it was not clear if this was an extended leave of absence, as was implied by the Representative Council of Jewish Institutions of France, or if this was a complete resignation as was implied by the Central Consistory. Earlier this week, Bernheim had stated that he would not be vacating his position. The Jerusalem Post reported on April 9 that in an interview with Radio Shalom in Paris, Bernheim said “resigning now would be an act of pride, while I must remain as a show of humility.” However, in a turn of events, he has stepped down after a great deal of pressure and scandal.

Haaretz.com reported that the plagiarism scandal began in early March when a French blogger accused Bernheim of having plagiarized material in his 2011 book “Forty Jewish Meditations”. The blogger claimed that the passages in question were from a book called “Questioning Judaism” by Elisabeth Weber and were from an interview with philosopher Jean-Francois Lyotard. In a bit of passing blame, Bernheim claimed that Lyotard may have actually plagiarized first, having taken the material from transcripts of lessons that Bernheim himself first gave in the 1980s. However, there were other passages in question that may have been copied from other writers. After also admitting to using a ghostwriter for the book, Bernheim eventually took responsibility for the plagiarized material. Haaretz.com also reported that a Paris 8 University lecturer accused Bernheim of copying material in a book he published in 2002.

The scandal grew bigger in early April when it was discovered that Bernheim may have been taking credit for an academic title that he did not actually hold. According to the AFP (Agence France Presse), Bernheim claimed to hold an “agregation de philosophie” which is a highly competitive and prestigious academic post in France. However, the AFP reports that university records from 1972 to 2000 show no records of Bernheim receiving this distinction. Reuters reports that Bernheim did not claim to hold the title but did not disclaim it when others gave him credit for the title.

AFP reports that Bernheim conceded to stepping down from his post after receiving pressure to do so from the Central Israeli Consistory, the Jewish religious authority in France. The organization needed to be able to separate themselves from the scandal, which it would not be able to do as long as Bernheim remained in his position. Many of the news articles about Bernheim this week refer to him as a well-liked and respected figure in France and worldwide. This is a very unfortunate end to his leadership role.