Plagiarism in the film industry 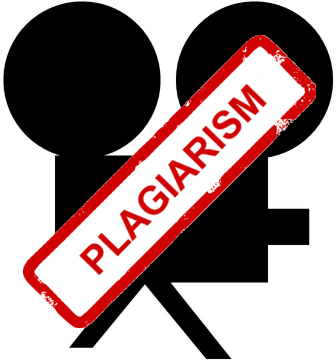 Plagiarism in the film industry

The stories that I have been writing about for this blog are related to academic plagiarism – plagiarism in doctoral dissertations or master’s theses, scholarly journal articles, or books. However, plagiarism accusations are not limited to the academic world. Film, music, and fashion have their own forms of plagiarism that I will explore in this and in upcoming articles. First, I will look at a recent story involving Angelina Jolie and her film “In The Land of Blood & Honey”.

The Los Angeles Times wrote in December 2011 that author and journalist James Braddock sued Angelina Jolie because he believed that she had used his book as basis for her 2011 movie “In The Land of Blood & Honey”. Braddock wrote a book entitled “A Soul Shattering” which is a love story set during the Bosnian civil war in the 1990s. He claims to have met with Eden Sarkic about adapting the book to film. Sarkic was Jolie’s producer on her film, a love story set during the Bosnian civil war. Jolie has said that she drew inspiration for her film from many sources but that she did not read Braddock’s book. The Huffington Post reported that On March 29, 2013, a federal judge in Los Angeles ruled in favor of Jolie saying that while there were similarities, they were not “substantial” enough to believe that there was any copyright infringement.

So what is the difference between copyright infringement and plagiarism? The University of Connecticut Library’s website explains the difference as plagiarism being unethical and copyright infringement as being illegal. According to the site, plagiarism is claiming another person’s ideas as your own and not properly crediting others for their work and ideas. It has no legal consequences, but it is unethical and can harm your reputation. Copyright infringement is using another’s work without permission even if though you may give credit to the original author or artist. For example, if someone performs a play with getting permission from the copyright holder but they do give credit to the author, they are not plagiarizing, but they are in violation of the copyright.